Yesterday I traveled to Burlington, Vermont and was overwhelmed with the amount of feelings I had. Happiness, Nostalgia, Love, Sadness, Grief, and Anger. Let me explain.

I took the bus to Burlington yesterday in hopes of not only seeing the city for myself but getting some issues regarding my work permit cleared at the Canadian border when I took the bus back into the country. The bus ride was short compared to the long 9 hour ride I usually take to get to New York City. The boarding crossing into the US was quick and painless and we were in Burlington in no time.

I got to Burlington at about 7 p.m. and decided to eat something before heading to the airbnb to settle in. After getting off the bus, I literally just started walking and stumbled upon an empty Chinese restaurant that looked like the perfect place to grab a meal. I got myself a vegetable lo mein meal that cost me a whopping 5 dollars. At that moment, it was the best lo mein I ever had.

As we drove into Burlington, I had noticed a mountain range across from the city and immediately wanted to go there after I ate. I walked along the unfamiliar sidewalks and passed strangers with my only sense of direction being the mountains across the lake. Slowly I made my way down to the pier and embraced the scenic view with millions of mosquitoes as my only companions. Looking at a mountain range has a profound affect on me as I’m sure it does on everyone. I felt peaceful, calm, and still looking across the water only seeing the sky and endless mountains. It was a similar feelings I had in Seattle, Washington looking out at Mount. Olympus. Somehow it feels like nothing really matters but everything matters at the same time. Like time is slowing down and all there’s left to do is absorb the view. 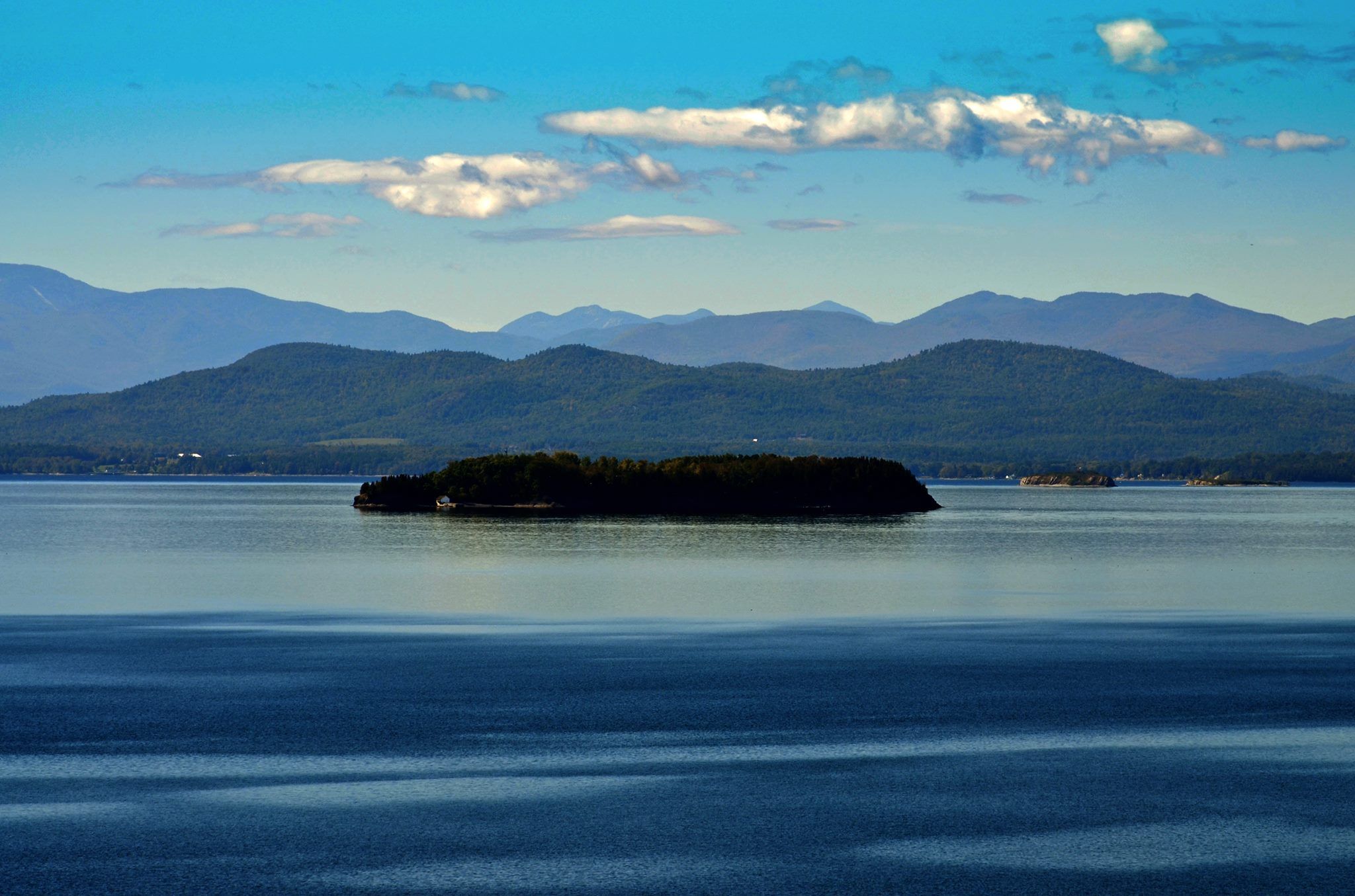 I walked to the airbnb after that because I planned on getting up early in the morning. I t was about a 30 minute walk between the two but it was worth it. I saw beautiful houses, people walking their dogs, old colonial buildings, apartment buildings, friends walking side by side, and pubs along the way. At this moment I started to feel nostalgic for a city I’d never even been to before. It felt like everything was in it’s right place and I was experiencing it.

Now that I’m thinking about it I probably felt nostalgic because it reminded me of my old neighborhood in a way. A small town suburban feeling lingered as I got closer and closer to my airbnb. Kids riding their bikes in the streets. Houses lining each other. Street lights hanging over quiet streets. I felt like I was home.

My family recently sold our family house it has had a tremendous effect on me. Maybe on a separate occasion I’ll go into more detail about my feelings towards my old neighborhood and how the selling of my childhood home has affected me.

When I got the airbnb, I started to write about these feelings a bit and then I started to cry. I cried about nothing in particular but the feeling of loss swept over me. The feeling that I didn’t have a home anymore. The loss of my childhood. And I was happy I was crying. I had been having so many dreams about my old house that it was only a matter of time that I actually let these feelings out. So, in a way, it was a good cry.

The next morning, I had a few hours to kill before the bus came so I woke up early and headed back into town. I went to a cafe called Muddy Waters and enjoyed a peanut butter bagel with an earl grey tea. I wrote some poetry, observed people coming in an out. I felt like I belonged there, like I wasn’t a tourist. I was truly enjoying myself.

The rest of the morning I spent going in and out of shops, walking along the pier again, and eventually catching the bus back home.

Fear and anxiety started to build up inside when the bus arrived. I was scared of doing paperwork at the border and making everyone late or worse, getting left at the border. Despite my fears I got on the bus and was surprised to find only about 5 people on the bus. I felt a bit more relieved but still fearful. I distracted myself with music and keep my eyes out the window, counting down the minutes until we reached the Canadian border.

(A little side note—I will not go into detail about what I had to have done at the border, however, I will tell you I have been trying to make this correction for about month now. It is a very long and grueling process. And my only option was to do the paperwork at the border or wait another three months for work permit to process. I had called immigration and they told me I was able to do this process at the border—Okay back to the story!)

I got the border and felt nervous but confident. I was thinking, Yeah I’m scared and afraid of border patrol but I’m a sweet little nugget…how could they say no?!

As I presented all the proper paperwork the border officer left the desk, talked to two other officers, and returned telling me my request could not be done. I could feel my chest tighten and my face become red. I could feel my voice start to quiver as I explained the officer the situation, and how I was told I could have it changed.

He continued to tell me it was not possible. I talked with him for about 20 minutes until I finally gave up and went to the bathroom to cry while the bus waited for me. At first, I didn’t realize the bus was waiting for me because it had moved. So I thought I was stranded and unable to fix my work permit which probably made me cry more. After a few moments, I threw out my tissue, went outside, and saw the bus waiting. I thanked the bus driver and sat down back in my seat only just to cry more.

Maybe from this story it’s hard for you, the reader, to understand my frustration. I know, I cannot be specific, but trust me I felt defeated. I felt tired. I felt like giving up. I fought for so long to do everything in my power to amend my work permit but it’s like every time I make a move, I hit a wall. I fall down. I lose faith. And then I cry a lot.

I kept my tears silent on the bus as I texted my friend and sister what had happened.

In this moment, I started to think about The Myth of Sisyphus. When I was in high school, I took a creative writing class where our teacher taught us about Albert Camus’ essay on Sisyphus. Basically, in the story, Sisyphus is sentenced to rolling a very heavy rock up a hill and is meant to suffer for all eternity. In Camus’ essay, he compares Sisyphus’ struggle to the daily struggle of human beings. Continuously we struggle through different obstacles and can either look at the situation as something miserable or get back up and keep fighting. And in Camus essay, he urges us to imagine Sisyphus happy and embracing the challenge he faces when he has to roll the rock back up the hill. 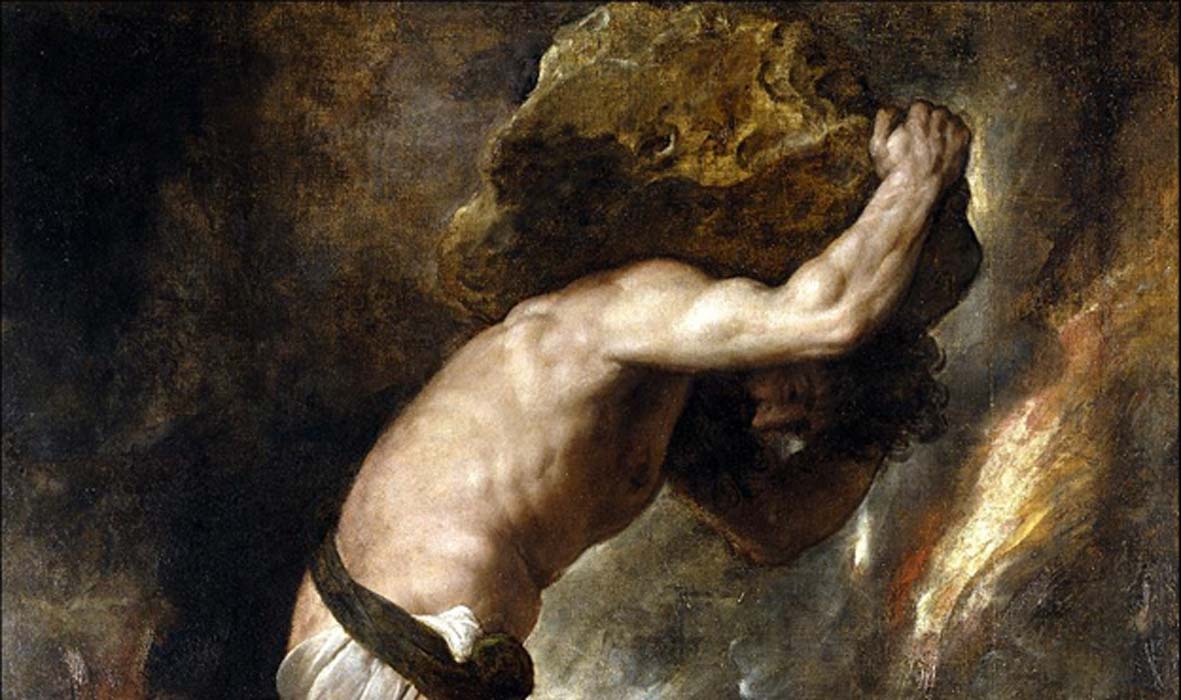 There have been times in life when I felt like Sisyphus. With this work permit, I felt like giving up. Like it wasn’t worth it. I was tired of rolling the rock up the hill. But on the bus, my mind started to wonder. I started to strategies. I started to come up with a new plan. I told myself, I’m calling Immigration later and sorting this out.

When I got home I felt like I was rolling that rock up the hill again, but this time, with a new perspective.