Summer has not yet quite officially arrived in the Fox Valley, although summer vacation has. Family vacations are on the horizon, and the newly out-of-school kids are able to ignore the fact they’ll have to get back in the academic harness in a few months. Instead, they’re settling into whatever summer routines their parents have mapped out for them.

These days, in fact, kids are heavily scheduled and deeply involved in a variety of organized sports, from the littlest tots to teens. Practice for upcoming Youth Tackle Football League games is starting along with soccer practice, tennis practice, and a variety of other sports leagues that would have astonished us here in Oswego 60 years ago. And that doesn’t even count the swimming lessons, craft activities, reading programs, and all the other things parents get their kids involved in.

Back in the late 1950s when I was just a kid, the group I traveled with loathed structured activities of any kind, which was probably a good thing, since there weren’t too many of those kinds of things to do anyway. We did have Little League baseball, provided by the park district, but I lost my enthusiasm for that when John Seidelman threw a high hard one inside and managed to hit me right in the ear hole of my batting helmet one day. After picking myself up off the batter’s box, I found my enthusiasm for baseball had disappeared. In fact, I haven’t liked baseball all that much ever since.

We also had the summer youth programs of the Oswego (later Oswegoland) Park District overseen by Ford Lippold up at the Little White School and the Red Brick School, but we weren’t much interested in them, either.

The Little Rascals, with Spanky third from the left.

Mostly, we hung around in a group and played along Waubonsie Creek and the Fox River. Our games were greatly influenced by two books, Penrod and Sam by Booth Tarkington and The Story of a Bad Boy by Thomas Bailey Aldrich, not to mention “The Little Rascals” movie short comedies of the 1930s and 1940s.

Penrod and Sam concerned two boys growing up in the early years of the 20th Century. Their adventures enthralled us, and we tried to pattern ourselves after Penrod, Sam, and their friends. The Story of a Bad Boy, on the other hand, was Aldrich’s semi-autobiography about a boy growing up in a small New England town in the 1850s who wasn’t a bad boy at all. He did get into some interesting scrapes, though. And he and his friends had the neatest snowball war any of us had ever heard about. The “Our Gang” comedies, of course, involved Alfalfa, Spanky, the beautiful Darla, and their gang of friends who had the neatest adventures and cobbled together the most wonderful inventions ever.

Upon rereading as an adult, however, Penrod and Sam, published in 1916, is startling for its casual racism. During the 1950s growing up here along the banks of the Fox River, though, none of us knew what racism was. I recall being extremely confused when a friend who had traveled through the South reported there were separate bathrooms and water fountains just for black people, and it made us all wonder how come black people couldn’t drink out of everybody else’s water fountains. After all, we’d been going to school with black kids for years and they didn’t have to do that in Oswego. It really puzzled us. Even with its early 20th Century racism, however, Penrod and Sam is still an extremely funny book and we all read it several times.

The Story of a Bad Boy is still one of my very favorite books, although I can’t seem to persuade anyone else of its worth. And there, too, there was disappointment when I got old enough to learn more about Aldrich. Despite his charming book, Aldrich turned out to be an adherent of preventing immigration, particularly that of Catholics. But it’s possible to forget Aldrich’s foibles when submerged in his marvelous tale about his youthful hero, Tom Bailey, and his friends growing up in a small 19th Century seacoast town.

Nothing like cold watermelon on a hot summer day. The author, in his favorite cap won at a carnival in Oswego, is third from left.

“The Little Rascals” movies, that we watched as part of the numerous local kids’ TV shows of the 1950s have worn extremely well. Even so, every once in a while, some Hollywood genius decides to try reviving them with always disastrous results. It’s really impossible to improve on or recreate a true classic.

After having studied up using the right books and absorbed as much “Rascals” lore as we could, we ventured forth each summer to have fun—and have fun we did. The woods near my home became our special preserve. We built bicycle trails throughout the stand of young soft maples woods, and built a series of three villages located on those trails. We maintained the houses and trails in the woods for about two years, I think, before we were forced to move elsewhere by unfriendly neighbors.

We spent a LOT of time on the Fox River. Above, my fishing buddy Paul holds up a big carp he caught. We still go fishing together twice a year.

Shortly before the move, we obtained our first river boats, and so became even more independent. My boat was purchased from a young man in Aurora, as I recall. It resembled nothing so much as the kind of large wooden box that contractors mix cement in.

It was very heavy, made of one inch lumber throughout, with a three-quarter inch plywood bottom. It even had a keel, for what reason I was never able to determine. About all the keel did was to catch on the rocks on the bottom of the shallow Fox River.

Granted, my boat was very heavy, but that meant it was also very stable. Three of my friends could stand on the gunwale at one time, and the boat would come nowhere near to tipping over.

The nice thing about the Fox, of course, was that it was so shallow that it was difficult—though not impossible—to find a place deep enough in which to drown. There were holes, of course, but we learned where nearly all of them were and stayed away from them.

After it became too much of a hassle to keep our towns on the mainland, we moved to a large island in the river where we built similar houses and forts.

The move to the island occasioned the need for a communications system from the island to the mainland, and from there to our tree house. It was determined that tying letters to arrows and shooting them from the island to the mainland and from there to the tree house was the answer to our problems. On the first test of our new communications system, the fellow standing in the field on the mainland came within six inches of getting the arrow with the message through his foot, but he gamely picked up the arrow and message and shot it up to the base of the tree in which we had our fort. The plan was then to attach the note to a hunting arrow and shoot it up into the bottom of the trapdoor of the tree house. As he shot the arrow, however, the fellow on the ground yelled, “Here it comes!” Not quite hearing him, another of my compatriots opened up the trap door to ask what he said, just as the hunting arrow whistled past his ear. After narrowly averting disaster twice during the first message test, we decided to scrap the system for something a little less hazardous. 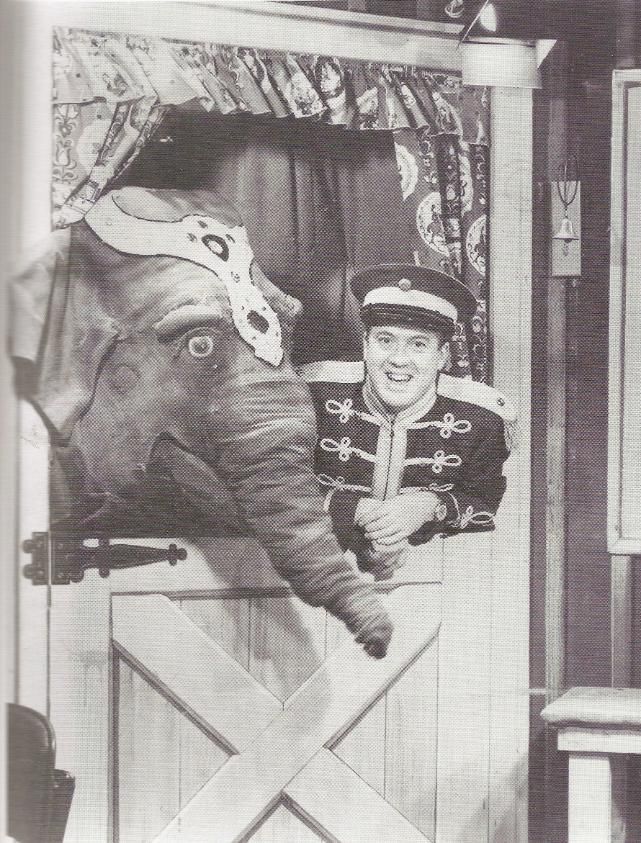 Elmer the Elephant: Gone but not forgotten.

I’m not sure what kids read these days, but I suspect that neither Penrod and Sam nor The Story of a Bad Boy are among the books parents will allow in the house. And, sadly, “The Little Rascals” comedies are not broadcast daily on the kind of live-action kids’ shows we tuned into back in the day like “Here’s Geraldine” or “Elmer the Elephant.”

I suppose, with the number of kids we have today, all these modern structured activities might really be necessary. I’m glad I never had to cope with them, though. For me, it was much more fun spending the summer with Penrod, Spanky, and Tom Bailey.