This was the menu I had when my folks were here, and G kindly treated all of them! In addition to giving them a tour of MS! Including the Maker Garage! My dad was miffed when we showed him the offing machine in the garage and told him that was him (he likes going around the house turning off appliances/lights that are not in use. Even when they sometimes are. The machine was a single switch that when toggled, would activate an arm that reached out and turned the switch back off.) 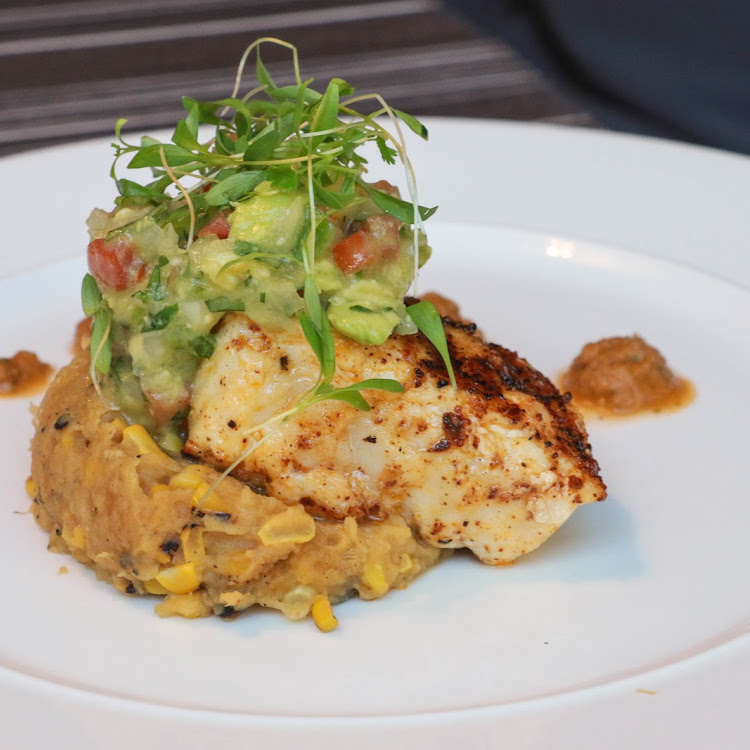 Halibut over squash mash – quite delicious, although I was still not a big fan of halibut at this point. Only after trying the fantastic halibut at Momiji was I converted. here it was just a firm fleshed fish with not that much flavour. 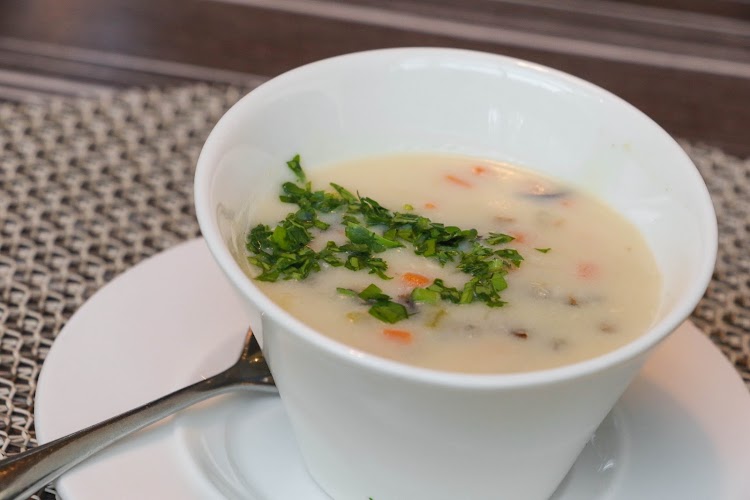 Chicken and rice soup that I really liked, but the soup serving was so small! It was creamy and very comforting in the cold weather. 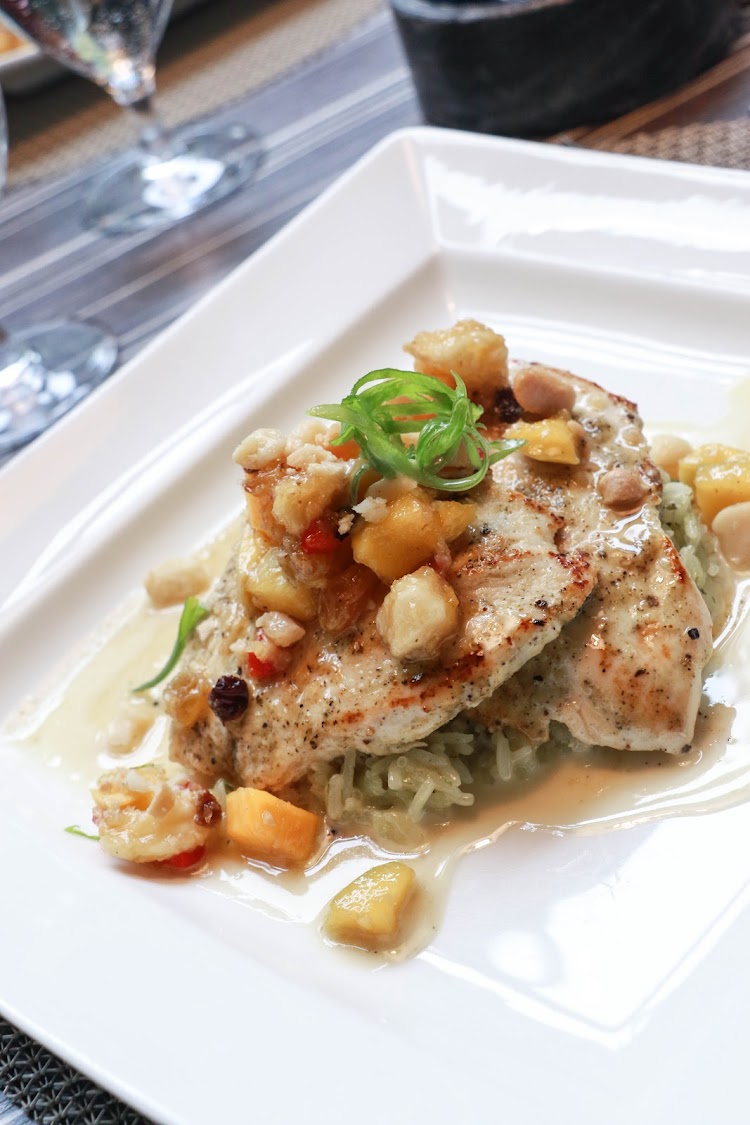 Grilled pork with macadamia nuts over rice pilaf – I liked this the best, the sauce done here was really interesting and well-balanced. 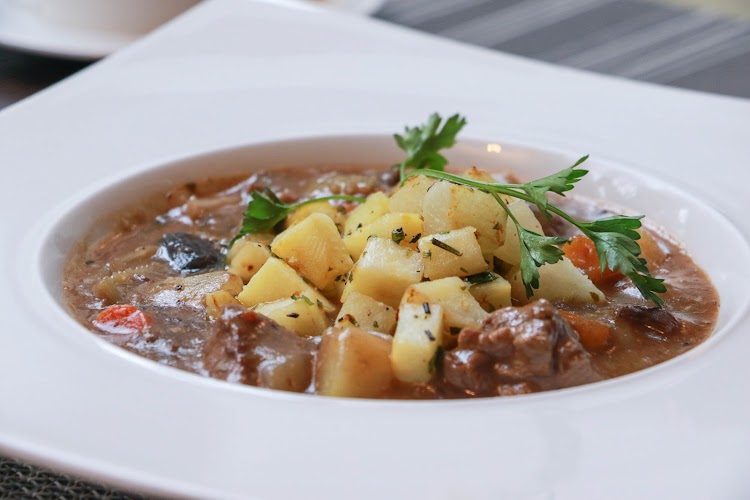 Beef stew – probably one of my parents’ orders. It was alright, nothing really special. 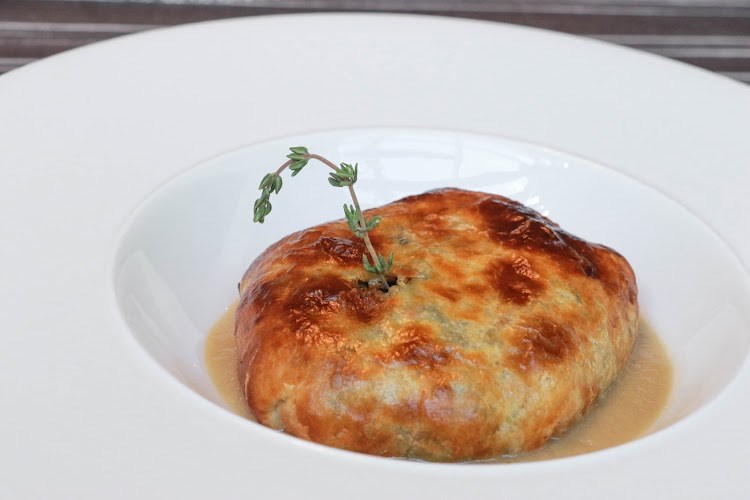 Impossible wellington – I had this the week before and didn’t really think it tasted like beef. Probably because they covered the meat inside with a mushroom duxelle… which accentuated the “impossibleness”. I’m pretty interested in trying BK’s new impossible burger though, I think it would be much less obvious there what’s lab-grown and what’s not, considering they infuse the patty with artificial smoke anyway. 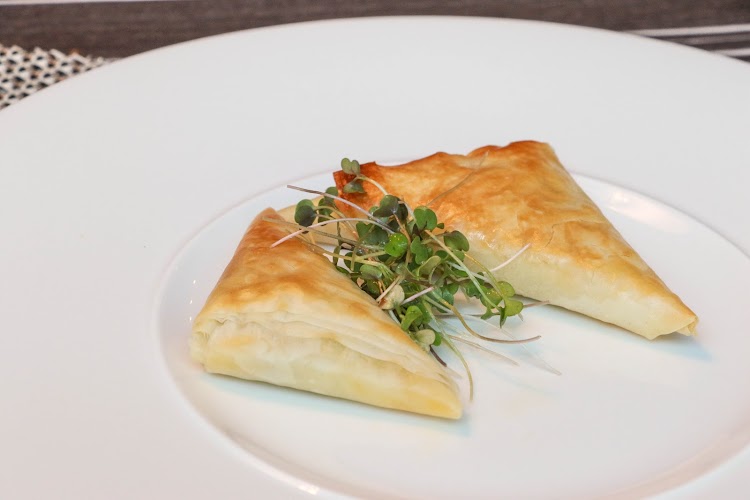 Phyllo with feta – not my cup of tea. (Because I don’t eat feta. If you do, you would probably have found this delicious.) 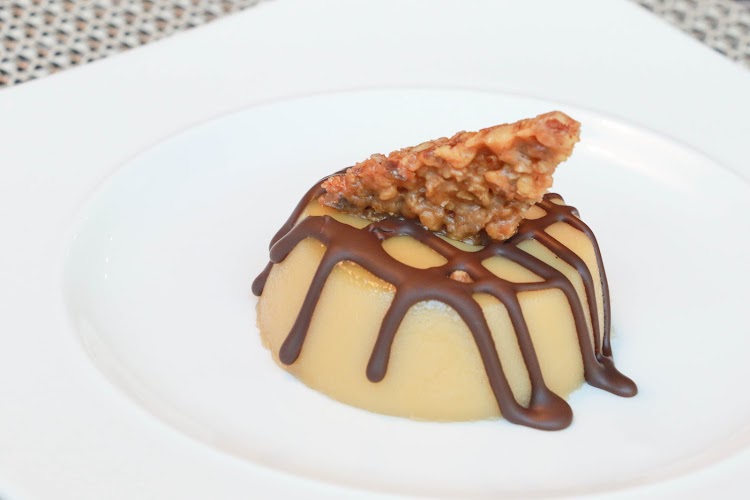 Salted caramel custard – also not my cup of tea. Probably the savoury cheese course would have been better. The custard was too sweet and the chocolate sauce had hardened into a shell (probably because they had all been prepped earlier).

So, not one of their finest moments, but the food did get progressively better and better, particularly with the guest chefs they brought in now and then. Or perhaps it really all just depends on what’s in season.