After doing very little on Monday, I attended one of the activities I had learned would be upcoming when I was out and about last week. On my list for the week: Eid Festival; St. Andrew’s Presbyterian Church organ concert; Kitchener Sunset Session – cello; City Hall lunch concert; Summer Lights; Grand Porch Party. I was planning for a busy week.

I am slowly discovering the wonders of using my Maps app, which I assume is Google Maps. Amazingly enough, I never used it, or anything along those lines, when in China, when I could have used it. I think one reason is that when I put in an address the map magically appears. Pretty neat that I can ‘follow’ my progress. Armed with that information I opted to walk the roughly 3 km after I asked one of the baristas the wisdom in doing so. Weather wise it was perfect, slight breeze, about 12c, I even considered putting my jacket back on. My destination was the Eid Festival.

In a nutshell – a very small nut as my knowledge of Islam remains extremely poor – Eid is a time for feasting and celebration at the end of fasting during Ramadan. Families and friends get together, children are given new clothes, gifts and money, and delicious sweets are often shared. Much like many religions & cultures celebrating an important date or dates. So why did I go? It was advertised as a gathering for all. What did I think? Well, there was nothing exactly wrong, it was just not what I expected. Yes, families and friends gathered and there was much for children to do, yet it seemed so disorganized. I had read there would be entertainment, I was told that ‘perhaps’ there might be. Ah well, there was food. 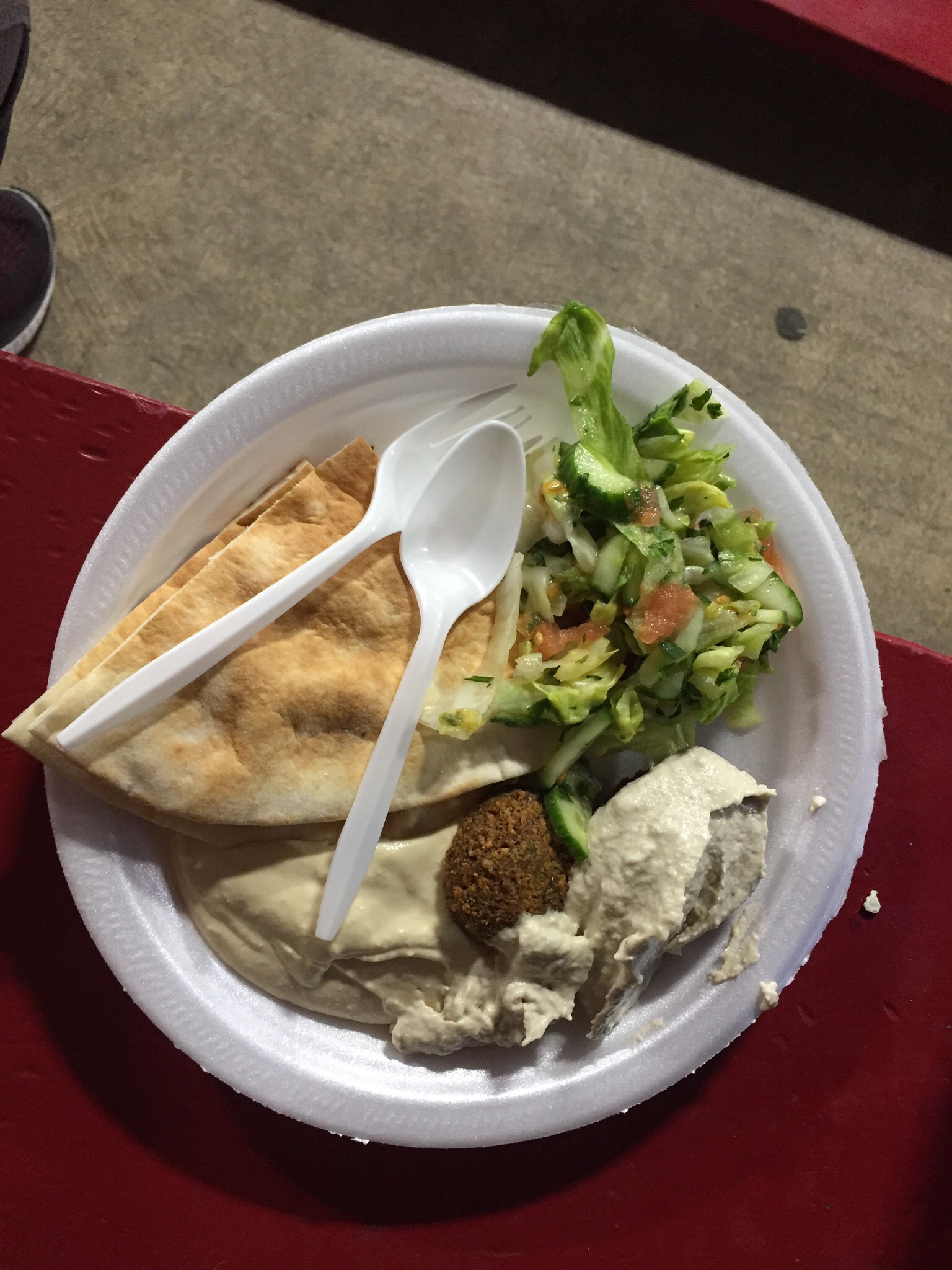 There was recorded music. I arrived around 11:30. (Not until the evening did I read that there had been three sets of prayers) Food was put out, breakfast (what I called a ‘full breakfast’) was falafel, flat bread, (pita?) hummus, baba ganoush, salad. All for $6.00. I think coffee might have been included but I doubted it would be real Turkish, or anything similar, coffee. (Sorry, my mind went blank for another country with delicious coffee) I do love Persian tea, but that too differs based on region, and of course every country has their own take on the best tea. The highlights, many women were dressed in traditional garb, (is that even acceptable to say these days?), children were dressed in their finest. A set of triplets all dressed alike. They were adorable. All three had their faces painted a little later, I was tempted to give that a go. Or I could have had a henna done. However, I was just not feeling the festivities. Perhaps I needed to be approached, or approach someone. Another time. I left by 1:00pm. to try my hand at finding a bus back to my daughter’s. 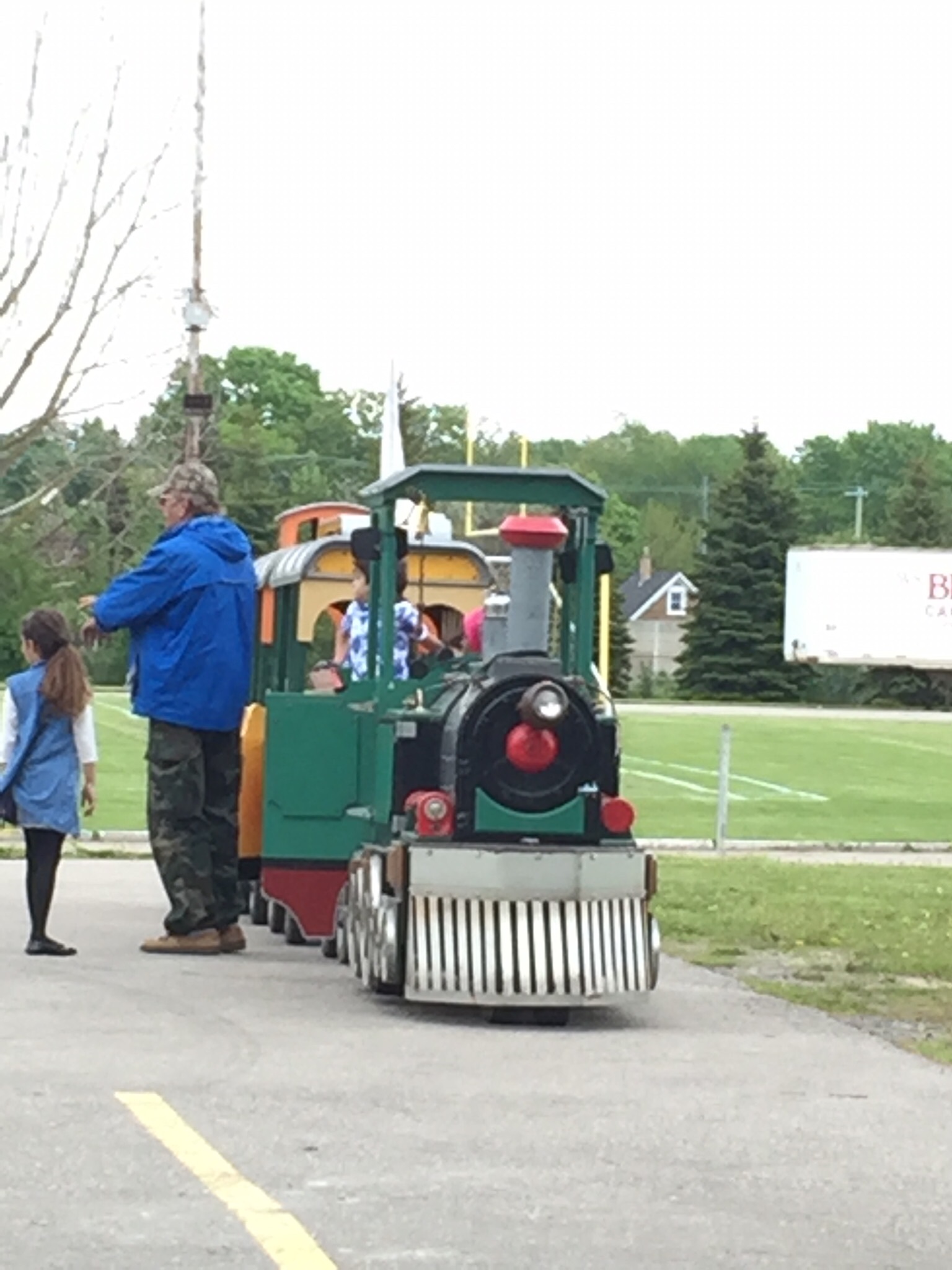 I also wanted to try the little train.

I am hopeful my adventures will be more uplifting the following day at St. Andrew’s Presbyterian Church for a noon hour summer concert. Lunch will be served at a nominal fee.